COVID-19 and Regional Migration: Will It Reduce Productivity?

COVID-19 is encouraging people to migrate out of Tokyo. As I suggested in a previous column (https://www.jcer.or.jp/english/how-has-covid-19-affected-changes-in-population), there is an evidence that people are no longer moving into Tokyo and that people who lived in Tokyo are also moving out from Tokyo. It is a natural reaction to the increasing opportunities offered by COVID-19 for workers to engage in remote work from home.

While such migration might lead to better balancing between work and life for the workers, decline in the number of workers may weaken the positive benefit of agglomeration in Tokyo: providing extensive opportunities to exchange information and ideas which enhances productivity.

Concentration of workers does seem to be important for achieving high productivity: As Figure 1 shows, there is a positive correlation between labor productivity per employed and the number of employed among prefectures in Japan. (Please note that the data in the following figures are for FY2016. The year is chosen to be consistent with the data on commuting time taken from the latest result of the Survey on Time Use and Leisure Activities which is for 2016. Data form the Survey will be referred to later.) 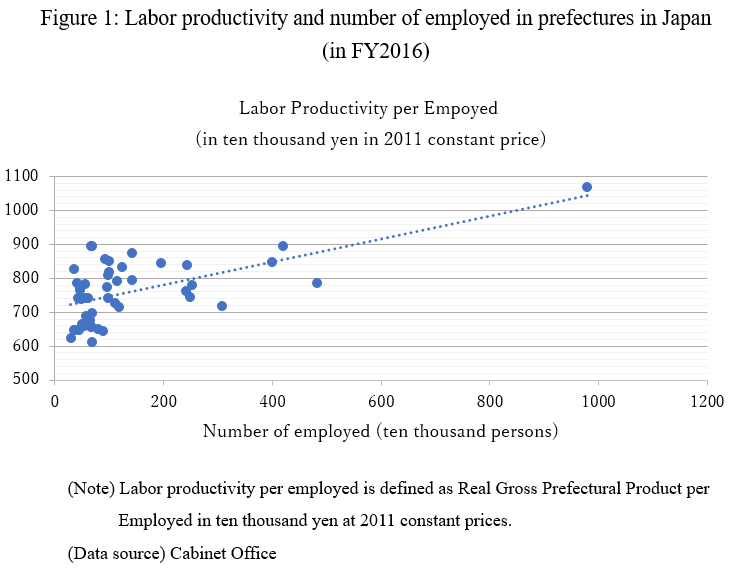 The outlier in the northeast of the figure is Tokyo. It shows that the concentration of the employed in the capital is enabling it to enjoy extraordinarily high productivity.

Figure 2 shows the difference in average working hours of prefectures. It is interesting to find that metropolitan areas have shorter working hours. It should be due to the higher share of non-regular workers, which includes part-time workers and side-job workers (“albeits”), in those areas. 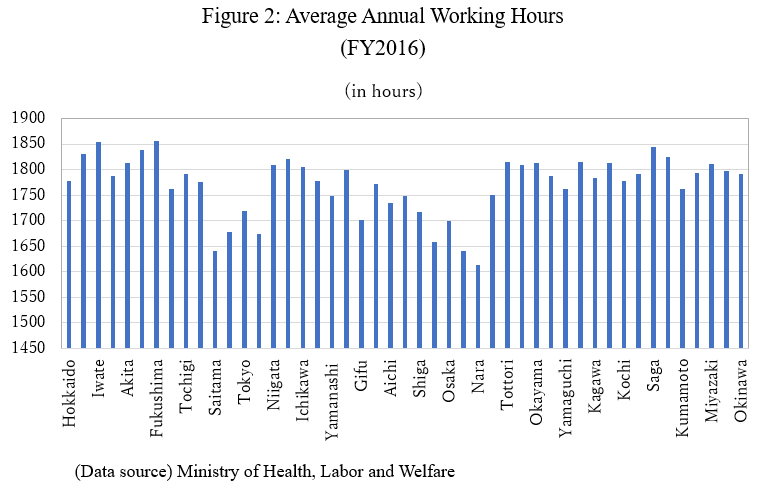 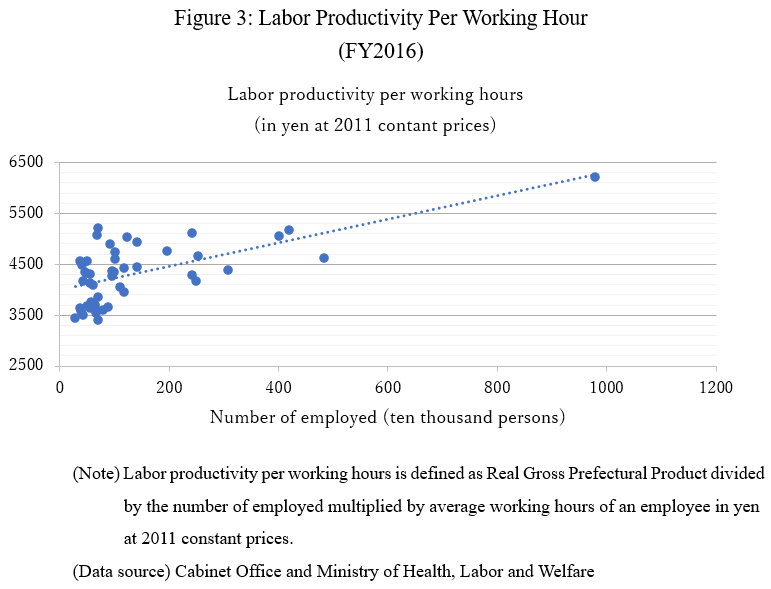 Again, we find that there is a positive correlation between the two and that Tokyo stands out as an outlier.

Will decline in the concentration of workers reduce labor productivity?

The problem with the decline in the number of employed is considered to be in the reduction in the number of opportunities for the workers to meet and exchange information and ideas. The presupposition of it is that, for these kinds of exchanges to take place, people need to meet each other face to face.

However, with the experience in the past year with online meeting becoming increasingly popular, we came to realize that exchange of information and idea can be done without directly meeting each other face to face. It will become increasingly so when online meetings will be combined with virtual realities so that the difference in actual meetings and online meetings becomes increasingly blurred.

Remote work is also important because you don’t have to commute. Even if you have to commute, the decline in the number of workers in Tokyo would reduce the demand for housing in the metropolitan area so that people would be able to live closer to work. Either way, it should lead to fall in the commuting time. This may be important in raising, not reducing, productivity in Tokyo because hours currently spent on working and commuting is suboptimal.

According to the latest Survey on Time Use and Leisure Activities carried out in 2016, people in Japan spends on average about 79 minutes for commuting to and from work and school. More specifically, commuting time is more in metropolitan areas compared to others, as Figure 4 shows. 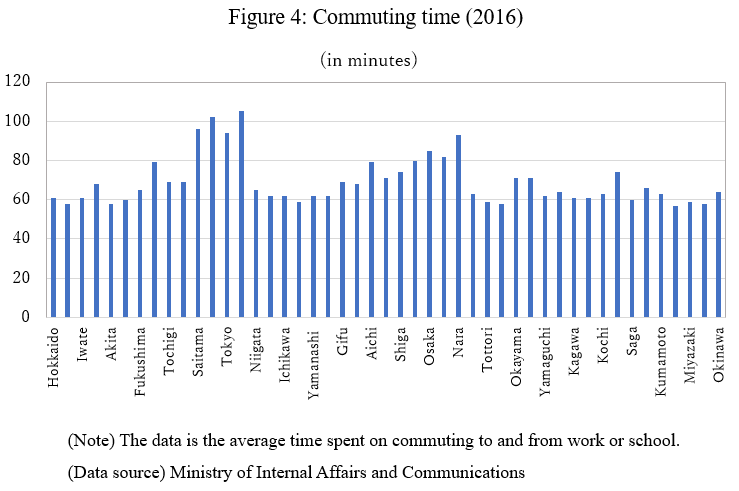 Longer time taken away for commuting could lead to exhaustion that cause less concentration on work and lower productivity. Figure 5 shows that there is a negative correlation between labor productivity per working hours and the hours spent on working and commuting. 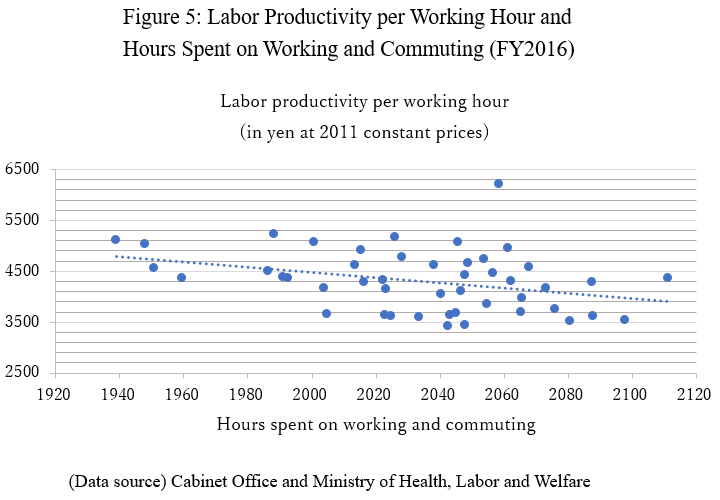 Figure 5 suggests that, if the hours spent on working and commuting can be reduced, labor productivity may in fact increase.

Ways to prevent the decline in productivity

There was a number findings that came out from the discussion above.

Second, even though exchange of information and ideas would be important source of labor productivity, it doesn’t have to come from agglomeration only. Recent progress in technology is making it possible without actually having to meet each other face to face.

Negative impact of the migration on labor productivity could be offset by introducing initiatives that take into account these findings. It would be about making the most of the telecommunication technology and about providing comfortable conditions for settlement in the new area of residence. If we do not succeed in doing so, labor productivity may fall: It may fall at a time when aging and shrinking population is already providing downward pressure on aggregate output.