Digital Asia under U.S.-China confrontation: the future of innovation and city economies

Startups that change the way we get around have attracted billions of dollars in recent years, but venture investment is destined to shift from “mobility” to companies that revolutionize workplaces and lifestyles, according to a new study from the Japan Center for Economic Research released on Dec. 5.

The center picked 190 startups that have received investment from at least four out of 35 influential venture capital players, such as Sequoia Capital. The economists then divided these startups by size: 75 unicorns, or unlisted companies with estimated valuations of at least $1 billion, and 115 unicorn candidates that are likely to garner more attention in the near future. To identify trends, the companies were then categorized according to their roles in urban societies, including mobility, work and life. The economists also analyzed the regional distribution of the 190 businesses. In the picture that emerges, VCs’ current interest in mobility startups will shift to work- and life-oriented ventures. 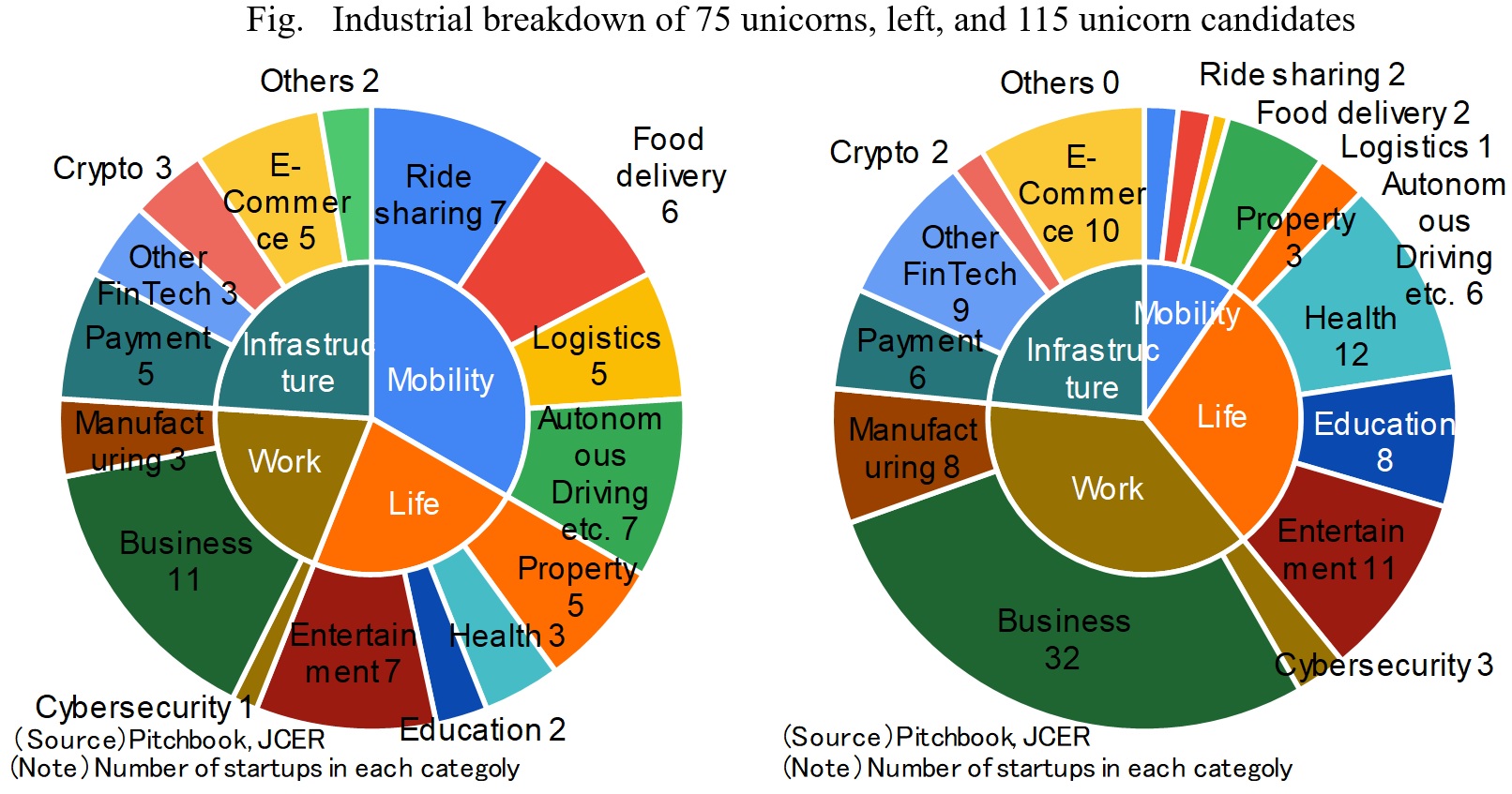 The report covers the period from 2019 to 2035 and is titled “Digital Asia under U.S.-China confrontation: the future of innovation and city economies.” It endeavors to gauge the impact of both the trade war as well as accelerating urbanization. Overall, it envisions a digital economy divided between the two superpowers, with other players such as India and Southeast Asian countries maintaining links to both sides.

Besides venture investment, the report also looks at the future of city and national economies across the Asia-Pacific region. In 2035, San Francisco will be the only city with per capita gross regional product exceeding $200,000. All of the top 10 cities in this category will be American, with Singapore continuing to lead the way in Asia.

At the national level, the U.S. will remain the world leader in nominal GDP. But China will not only strengthen its grip on second place but close the gap with the top spot. Though China’s economic scale was about 65% of the U.S. in 2015, it will be 95% in 2035 — almost on par and 4.5 times larger than Japan. India’s GDP, which is currently about half of Japan’s, is expected to move ahead of Japan in 2029 and reach 1.4 times in 2035.

This Asian Economic Forecast was reported on the Nikkei Asian Review on December 5, 2019.