Five Association of Southeast Asian Nations (ASEAN) countries and India are expected to keep current economic growth level in 2016 as the Chinese economy continues to slow down. Government spending and investment will support growth while exports remain sluggish. India, Indonesia and the Philippines are likely to grow at more than 5%. Setbacks in expectations for economic reform, the Chinese economy's further slowdown and market turmoil are seen as big risks-these are the findings of the first JCER/Nikkei Consensus Survey on Asian Economies.

The outcome of this survey was also reported at Nikkei Asian Review. (April 21, 2016) 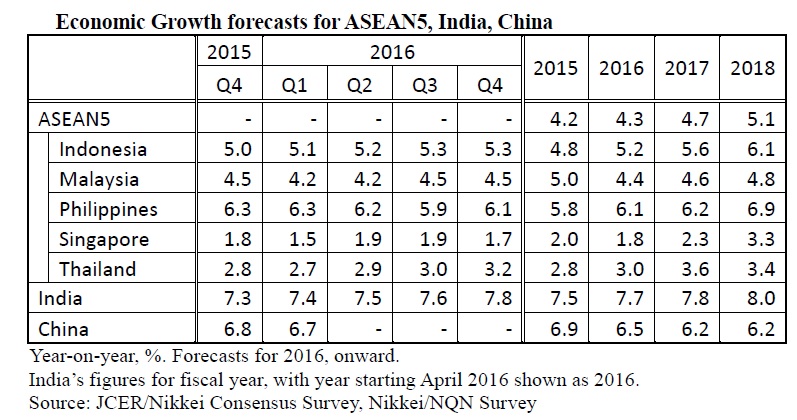 Slow and Uncertain Recovery Ahead in 2021