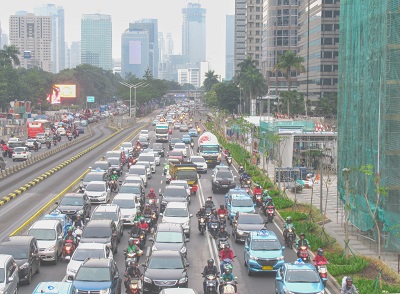 As U.S.-China tensions over trade and high-tech issues intensified, economists in Asian countries made further downward revisions to their growth outlooks. The 2019 growth forecast of 4.7% for the ASEAN5 is down by 0.1 point from the previous survey, marking two consecutive downward revisions. The outlooks for Indonesia, Malaysia, Singapore, and Thailand were all down due to weaker export prospects. The Indian economy is expected to maintain growth of over 7%, but projections were revised downward for 2018/19 and 2019/20. It seems that economists are increasingly prepared to voice their concerns over the negative impact of the trade war. They also note with caution the increased uncertainty in such fields as financial markets, worrying that it could hinder steady economies.

The outcome of this survey was also reported at Nikkei Asian Review. (December 27, 2018) 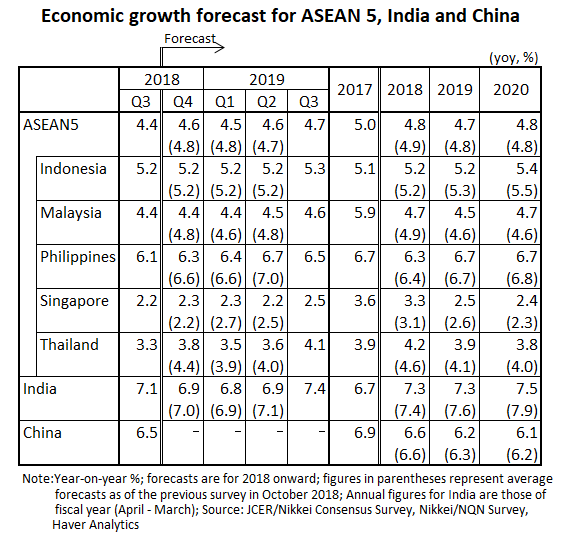