Growth to Remain Weak in 2020 for ASEAN, India 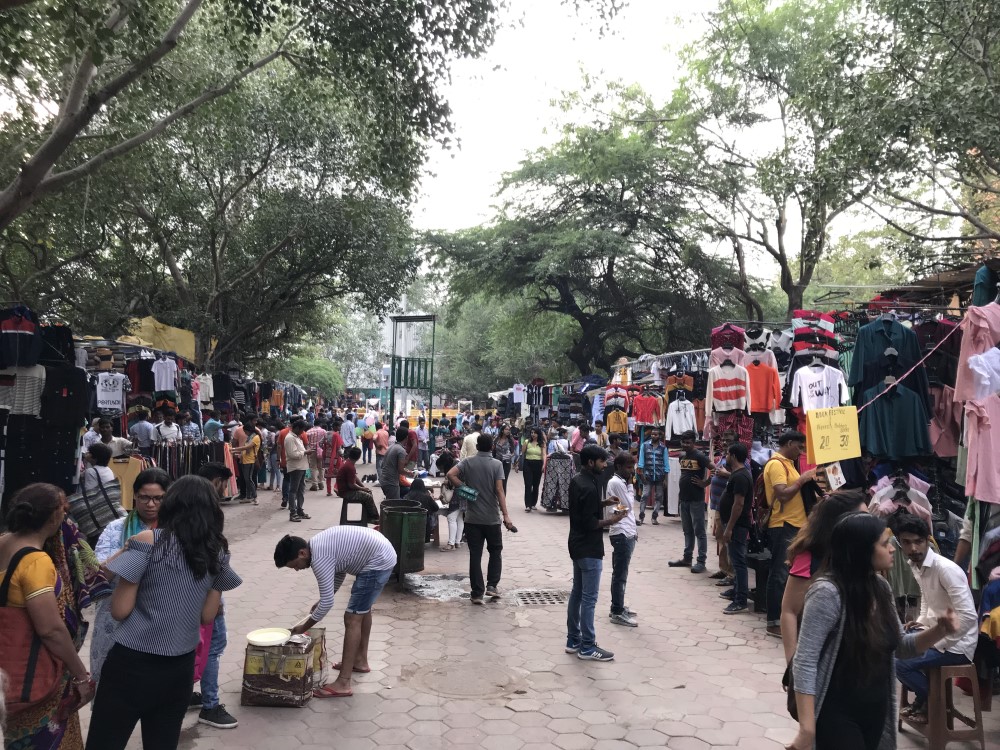 Following the sudden deceleration of 2019, growth outlooks for Asian economies in 2020 remain weak as the U.S.-China trade war continues. The 2019 growth forecast for the ASEAN5 was 3.9%, down by 0.2 points from the previous survey in September. The 2020 forecast rose slightly, but remained much lower than the 4.8% recorded in 2018. India’s projection for fiscal 2019/20 was 5.0%, revised downward by 1.1 points from the previous survey, and falling sharply from the 6.8% achieved in 2018/19, due in part to trouble in the financial sectors. Looking forward to 2020, economists list the U.S.-China tensions, U.S. presidential election, Chinese economic slowdown, and geopolitical risks as factors affecting the global economy. For their own economies, respondents focus on reform and political developments, among other issues.

The outcome of this survey was also reported at Nikkei Asian Review. (December 25, 2019) 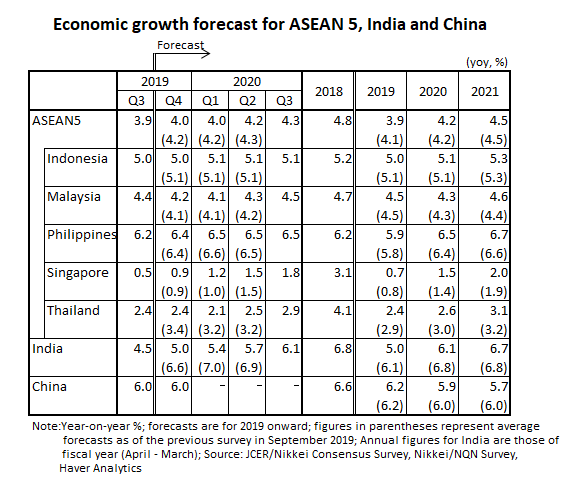