Economists revised down their forecasts on growth for several Asian countries for 2016 and beyond, as the referendum in the U.K. on remaining in the European Union, known as Brexit, was won by the leave camp. Financial turmoil and other market-related risks have become the major concerns for economists, followed by the possibility of a Chinese economic slowdown. Expectations are high for Philippine President Rodrigo Duterte, who has promised to prioritize infrastructure development after winning a May election.

The outcome of this survey was also reported at Nikkei Asian Review. (July 14, 2016) 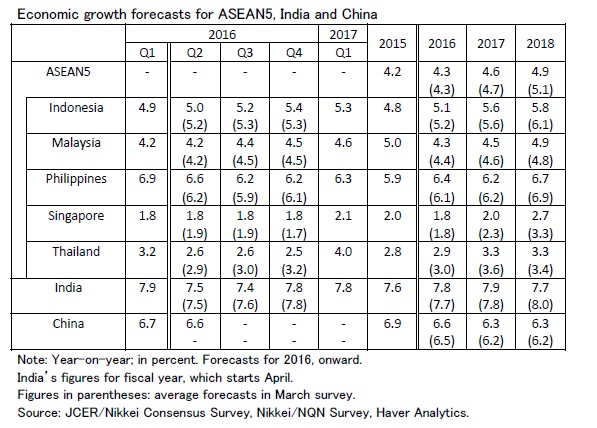 
Note: Not all forecasts were revised after the Brexit vote.
◆ List of survey respondents