Amid Range of Concerns, Attention Turns to Geopolitics

Economists predict continued steady growth for 2017 and beyond, keeping forecasts for major Southeast Asian countries and India near the same levels as in the previous survey conducted in March. Concerns over protectionism and other risks linked to U.S. President Trump persist, but appear less urgent than before. Economists increasingly focus on strong growth potentiality in Asian economies, although attention has broadened to new risks, including terrorism and geopolitical risks.

The outcome of this survey was also reported at Nikkei Asian Review. (July 11, 2017) 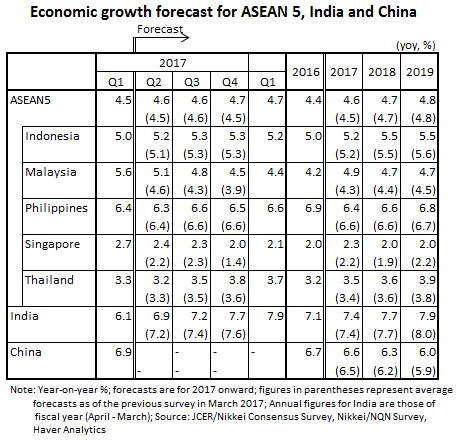