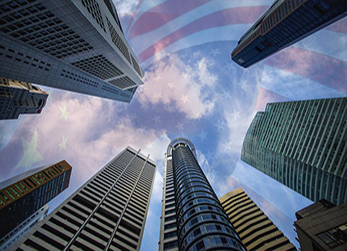 The last three months have brought rapid changes in the business environment, including increased U.S.-China trade tensions and market trembling in some emerging economies following U.S. tightening. Asian economists, however, are standing by steady forecasts for their economies in 2018 and beyond. Growth forecasts for major Southeast Asian countries held at levels nearly identical to those of the previous survey in March. Respondents projected growth rates of over 7% for India toward 2019/20, backed by strong domestic demand. Still, economists revealed a more cautious stance toward some looming risks. Rising protectionism coupled with worsening U.S.-China trade relations has sparked serious concern. The possible impact of faster-than-expected U.S. rate hikes has also attracted attention. Such changes are clearly reflected in the results of our risk scoring system and in the answers to this survey's special question.

The outcome of this survey was also reported at Nikkei Asian Review. (July 10, 2018) 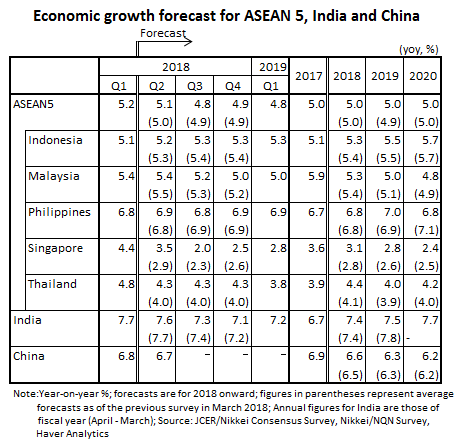