Uncertainty to Persist as Impact of Trade War Spreads 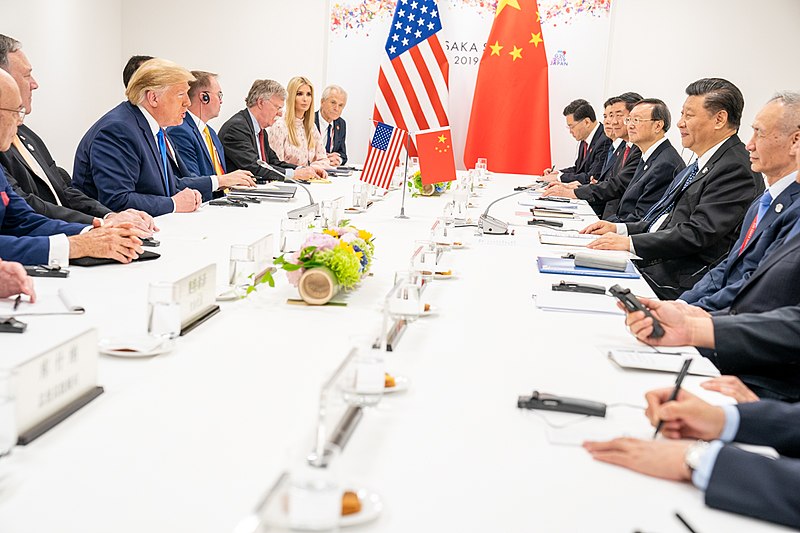 Asian economists once again revised their growth forecasts downward as the U.S.-China trade war incited negative developments, including decreasing exports, throughout the region. The 2019 growth forecast for the ASEAN5 was 4.3%, marking the fourth consecutive downward revision since the September 2018 survey. The Indian economy in fiscal 2019/20 is expected to maintain growth of nearly 7%, but the projection was revised downward due in part to the slowdown of the global economy. Economists find no consensus on the future course of the U.S.-China tensions, but many agree that the conflict will not be easily resolved, and that uncertainty will persist. Economists in all six countries regarded “U.S.-China tensions” as the greatest risk for their economies.

The outcome of this survey was also reported at Nikkei Asian Review. (July 9, 2019) 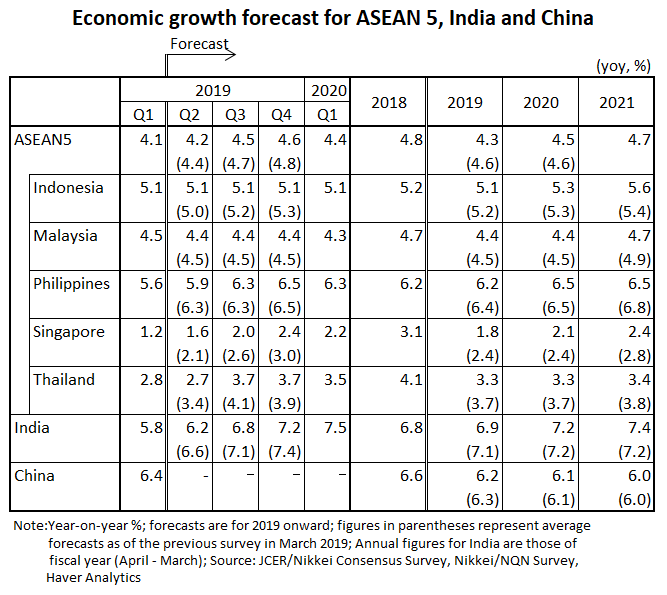