Economists foresee high growth at 7.7-8.1% for the coming three fiscal years for India. It is partly backed by the expectation for continuing economic reforms including the introduction of the new Goods and Services Tax (GST) under Prime Minister Narendra Modi. The economic prospects for major Association of Southeast Asian Nations (ASEAN) countries vary by country, but the economy of ASEAN5 as a whole is expected to continue moderate growth. With increased uncertainty in politics and economy after the U.K.'s decision to leave the European Union, known as Brexit, market-related events including new financial turmoil and the repercussions of U.S. monetary policy are seen as big risks. The slowdown of the Chinese economy is also seen as a worry.

The outcome of this survey was also reported at Nikkei Asian Review. (October 12, 2016) 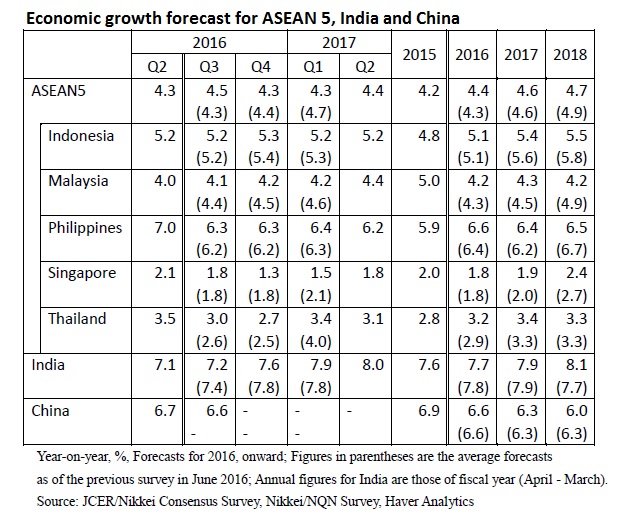