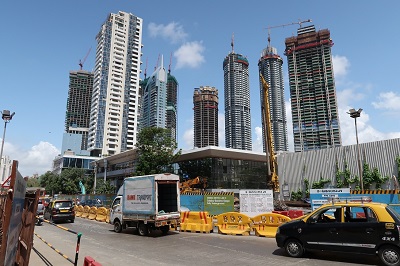 Amid an escalating U.S.-China trade war and market turmoil in emerging markets, economists in Southeast Asian countries have begun to revise their growth outlooks downward. The 2018 growth forecast for the ASEAN5 was revised down by 0.1 point to 4.9% from the previous survey, the first downward revision this year, as the outlooks for Indonesia, the Philippines, and Malaysia were all down. The figure is lower than the 5.0% achieved in 2017. Thus far the negative impact of the trade war has been limited, and Asian economies in general remain steady. Nevertheless, economists worry that weaker exports could eventually have a slowing effect. Downward pressure is likely to continue for currencies such as the Indonesian rupiah. Further rate hikes are expected in countries throughout the region, which may cool their economies.

The outcome of this survey was also reported at Nikkei Asian Review. (October 11, 2018) 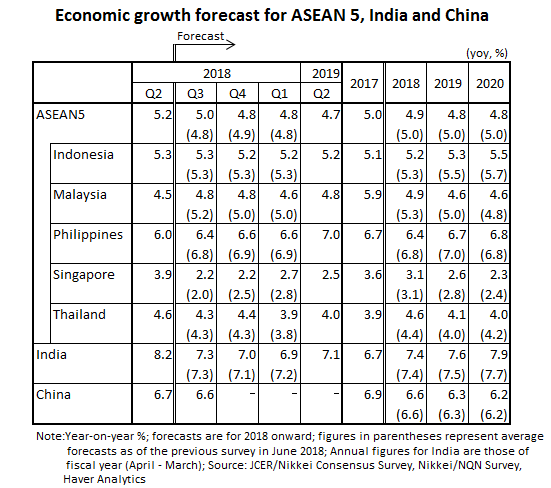