Back to List
Empty Mind after Ten Thousand Reasons

Premonition of “2008” in the Japanese economy

The current Japanese economy is reminiscent of 2008. The first similarity is the price of crude oil, which rose to $147 per barrel in 2008. This time, it is far below that level. However, it will rise sharply to around $150 with Russia’s military action against Ukraine and strict sanction against Russia by the West.

In 2008, commodities were commercialized as financial products and the rise and fall of prices of “super cycle” reached its peak. Now, the main factors were “greenflation” due to the risk of transition to a carbon-free society and the emergency in Ukraine.President of the US Council on Foreign Relations Haas points out that Ukraine and Taiwan have a parallel relationship as a territorial dispute.Former US National Security Adviser McMaster warns of Taiwan’s emergency risk after the end of the Beijing Winter Olympics in the light of Russa’s merger with Crimea after the 2014 Sochi Winter Olympics. If the casualty risk becomes even higher, it will exert tremendous shocks to resource prices in general.

As a measure to cope with rising oil prices, the government has been subsidizing the oil companies. As an alternative, we can use a trigger system to cut the provisional gasoline tax rate.Converting the current gasoline tax to carbon tax, it amounts to 23,000 yen per ton of carbon dioxide (CO²).If the government aims at implementing a carbon tax of 12,000 yen as recommended by the Japan Center for Economic Research and realizes the “green tax system “with the tax rate structure proportional to emissions, there is a room for gasoline tax reduction.

At the same time, it is estimated that the household burden arising from the fixed-price purchase system for solar power generation will be 31,000 yen in terms of carbon tax. It is possible to incorporate this burden into the carbon tax.

The second similarity with 2008 is the rate of increase in consumer prices. Last time, although it was temporary, “core CPI” excluding fresh food increased to 2.3%. If energy prices rise and the yen’s depreciation trend is enhanced, coupled with the diminishing effect of lowering communication charges last year, it is quite possible that consumer prices will rise to 2% after April.

The Fed (Federal Reserve Board) will finish reducing asset purchases (tapering) in March, embarking to raise interest rates 4-5 times this year and reduce its balance sheet in the second half of the year.This major shift implies the policy rate increase at a faster rate than the previous interest rate hike from 2015, while the balance sheet contraction will be several times larger than the previous one (about $0.8 trillion) initiated in 2017.

On the other hand, the Bank of Japan has been reducing the scale of asset purchases since the adoption of the yield curve control (short- and long-term interest rates control) policy in 2016, but due to the review of the COVID-19-special support program to manage cash flow, the monetary base is expected to shrink after April.The BOJ promises to maintain the growth of the monetary base even if the price target is exceeded by 2%, and if the contraction is only temporary, the dollar will strengthen and the yen selling pressure will increase in terms of both interest rates and quantitative aspects.

In February 2008, the Japanese economy fell into recession. The current economy continues to be up-and-down due to the drastic deterioration of the terms of trade and the influence of “omicron variant” of the new coronavirus. Thus, there is a risk of stagflation returning to economy.This is the third similarity with 2008.The United States is now facing the risk of sustained inflation, but we should not forget that the Lehman shock hit in September 2008.

The decline of globalism: the battle between democracy and autocracy

Economic consequences of the ‘Ukrainian War’

Premonition of “2008” in the Japanese economy 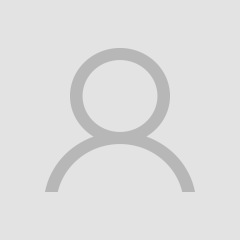