Inequality seems to have declined during the Abenomics period

There was a concern that inequality may widen under Abenomics. That is because Abenomics was seen as pursuing market-oriented policies that resembled the policies of the United States. However, inequality seems to have declined during the period.

There are a number of sources of information that could be used for analyzing inequality. In the analysis below, the Survey on the Redistribution of Income by the Ministry of Health, Labour and Welfare for 2011 and 2017 (latest) will be used. It includes the Gini coefficients for market income, disposable income (market income adjusted for social security contribution and benefits, and tax), and redistributed income (disposable income adjusted for benefit in kind), as well as the breakdown of the impact of redistribution. 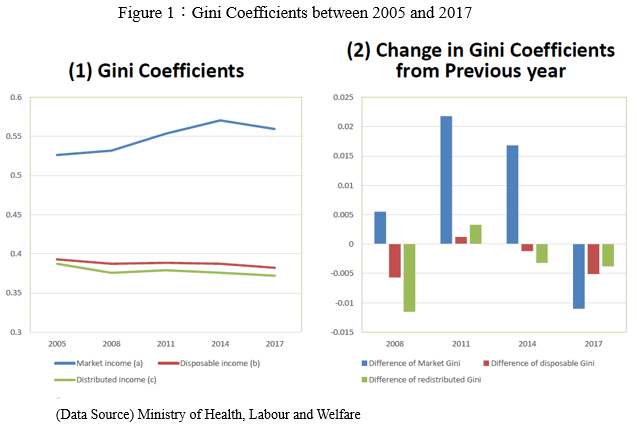 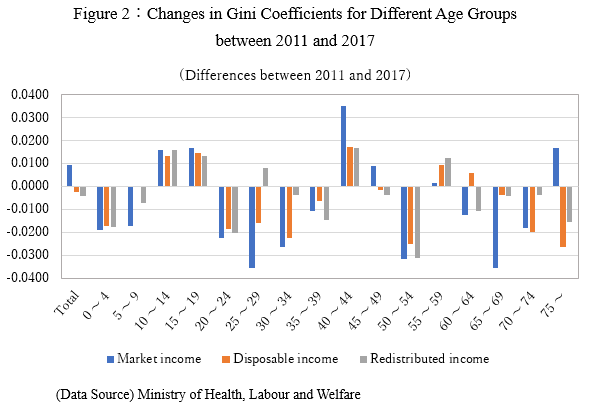 Redistribution has weakened for many of these age groups 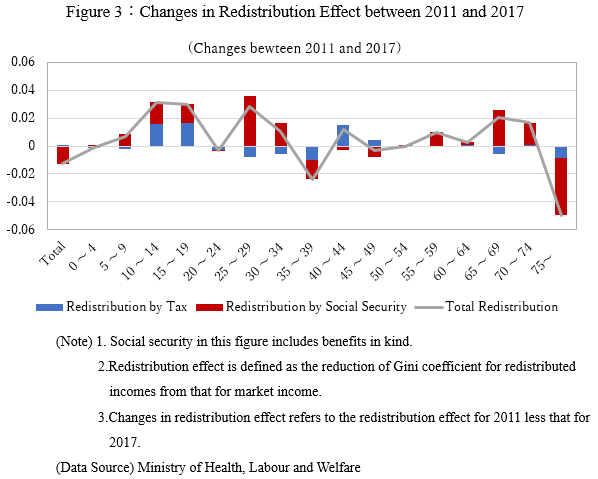 Situation of the single parent households

In the recent years, there have been a couple of concerns that were considered to have led to a widening of inequality. One is the increase in single parent households. The other is the increase in non-regular workers. How have these factors evolved under the overall decline in inequality during the period? 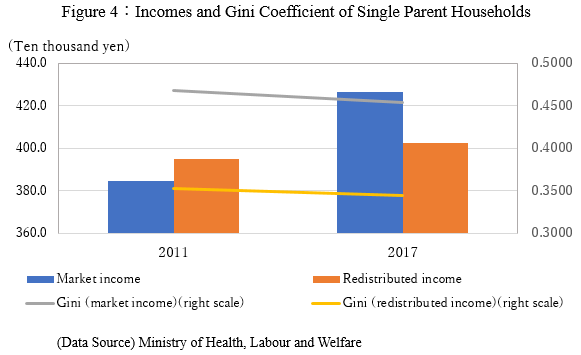 Situation of the non-regular workers 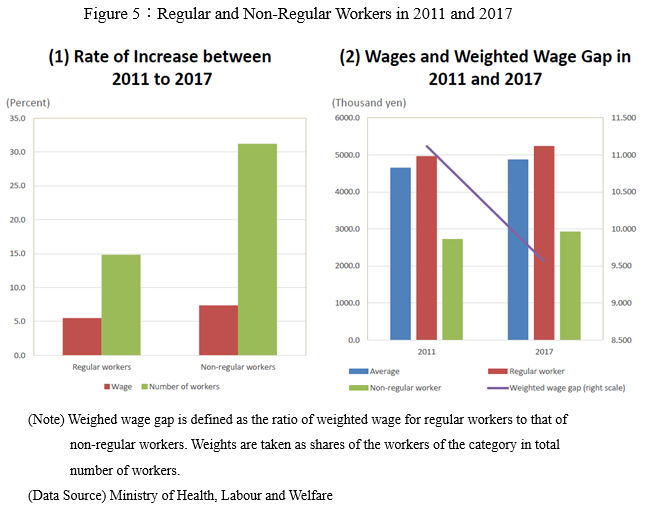 As for the age group 40-44, the rise in inequality may partly be due to a generational effect. The workers who belong to this group include those who entered the labor market in late 1990s and early 2000s. Because of the negative consequences of the burst of the bubble in early 1990s, companies squeezed the recruitment of new graduates during the period. Many graduates had to take up less satisfactory jobs including non-regular ones. In addition, because of the lifetime employment system, there has been less mobility across companies: As a result, it has been difficult for many of those workers to recover the lost opportunities later in the period. The wider inequality faced by this generation may be showing up as an increase in Gini coefficient of this age group.

Need to review the redistribution system

As we have seen above, the data shows that inequality declined during the Abenomics period.

However, if we look at the situation for different age groups, we find that for certain age groups inequality widened, suggesting that redistribution by social security and tax have been insufficient for those age groups. That was the case for the young age groups 10-14 and 15-19. However, whether they come from the difficulty faced by single parent households or not could not be confirmed at this time.

There are other age groups that has remained unexplained. Widening of the inequality in redistributed income was seen in the age groups 25-29 and 55-59 as well. Since they are brought about by the weakening of the redistribution effect, it suggests the need to review the social security and tax systems in order to improve the situation for these age groups.