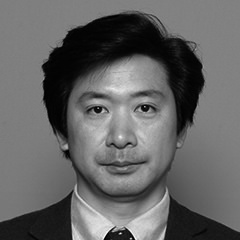 Education & Job Experience
He graduated from the University of Tokyo (BA) in 1987 and obtained Master of Arts from the University of Tokyo, Graduate School of Arts and Science, in 1989. In 1992, he got Master of Science from Manchester University, Policy Research in Engineering, Science and Technology (PREST) (current Alliance Manchester Business School). He joined Nihon Keizai Shimbun Inc. (Nikkei Inc.) in 1989 and had been engaged in reporting business news of electronics, media and contents, environment and new energy, food and agriculture industries both in Tokyo and Osaka. He had stationed in Singapore and Bangkok from 1997 to 2001 as a correspondent. He was appointed as Principal Economist at Japan Center for Economic Research in 2015, concurrently serving as Director since 2017.

⋅Malaysia regime change caused by urban rebellion; anger over higher prices and corruption are behind the scene (2018.5.17)